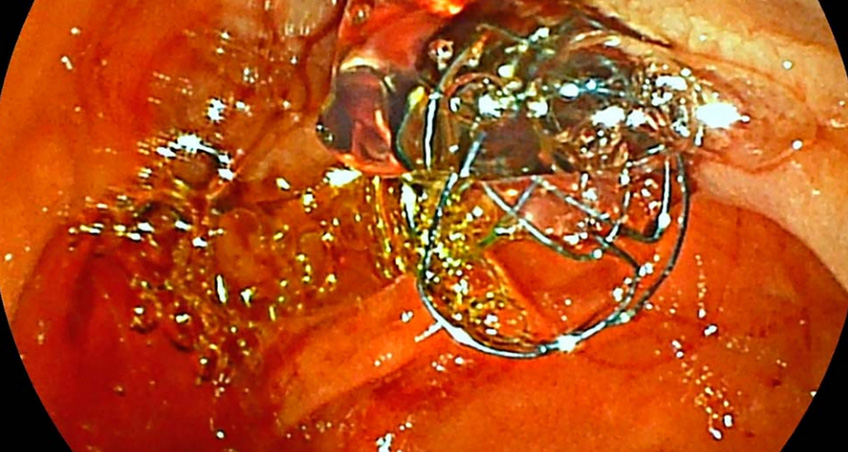 Endoscopic sphincterotomy (ES) is commonly performed during endoscopic retrograde cholangiopancreatography, and bleeding is a severe adverse event. PuraStat is a peptide developed as a hemostatic agent for endoscopy. We report its use as a hemostatic strategy in post-ES bleeding refractory to combined hemostasis. A patient with choledocholithiasis underwent endoscopic retrograde cholangiopancreatography for stone removal. After the ES, severe bleeding refractory to the injection of diluted epinephrine around the bleeding source and metal stent placement occurred. Hemostasis was achieved with the application of the hemostatic gel. We reported the use of novel self-assembling hemostatic gel as an effective therapeutic tool for post-ES refractory bleeding.